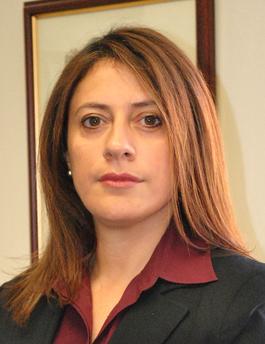 Ana María Bazán, Esq., is admitted to the Bar of the State of New York and to the United States District Courts for the Southern and Eastern Districts of New York. Attorney Bazán has dedicated many years of her career to serving indigent communities and representing immigrants of many different nationalities. Attorney Bazán gained experience in Immigration Law at several reputable organizations in Boston and New York, including Harvard Legal Aid, Greater Boston Legal Services, The Legal Aid Society, and the New York Immigration Coalition. She has taught immigration law to other immigration practitioners as a Policy and Training Associate while at the New York Immigration Coalition. Currently, Ms. Bazán continues her pro bono services by offering free immigration law trainings and volunteering at several non-profit organizations as a mentor and advisor. Ms. Bazán has demonstrated commitment and compassion for the rights of immigrants and treats her clients with the dignity and respect they deserve. Ms. Bazán has a unique

We're On Your Side

Please contact us for an initial consultation. Experienced representation is just a phone call away.

​and direct understanding of the immigrant experience in the U.S. in her dealings with cultural diversity, as well as ethnic and language adjustments. Her personal experiences only bring strength in better guiding and successfully representing her clients. Her office is located in Jackson Heights Queens, the heart of the most diverse community of immigrants in the world.

Attorney Bazán is a graduate of Suffolk University Law School in Boston Massachusetts and received a Master’s Degree in Latin American Studies from the University of Connecticut. The attorney’s unique background in Latin American Studies provides her with specialized knowledge for handling complex matters where knowledge of country conditions is essential for a successful outcome.She has participated at several television interviews to discuss immigration law matters including Univision Channel 41, Telemundo Channel 47, NY 1 Noticias Aljazeera TV and ABC news.

Ms. Bazan is a member of the American Immigration Lawyers Association and the New York Immigration Coalition.

The content of this website is for general information purposes only. No content on this page should be taken as legal advice for any individual case or situation. This information is not intended to create an attorney-client relationship, nor the review, and receipt or viewing of this content does not constitute this relationship either.